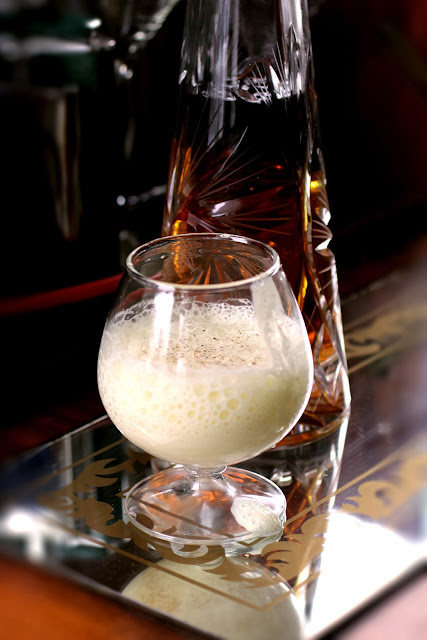 On days like this, when the roads are slick and the rooftops are white with snow, I can feel just a teensy bit less guilty for making a cocktail in the middle of the day- but only because I live in Portland, OR, where it usually only snows once or twice a year. So I say let the holiday rules apply!

Of course by now I’ve switched back to tea to write this recipe. But the cocktail, while it lasted, was warming and delicious!

I’m sure this would be even frothier and delicious-ier if I made the egg nog but I make enough things from scratch and to me homemade egg nog is supposed to be served in a punch bowl that I’m not allowed to dip into because I’m seven years old and there is a 1970s cocktail party amount of booze in the nog.

Prefer actual coffee in your coffee cocktail? Try the “Snow on Sand” 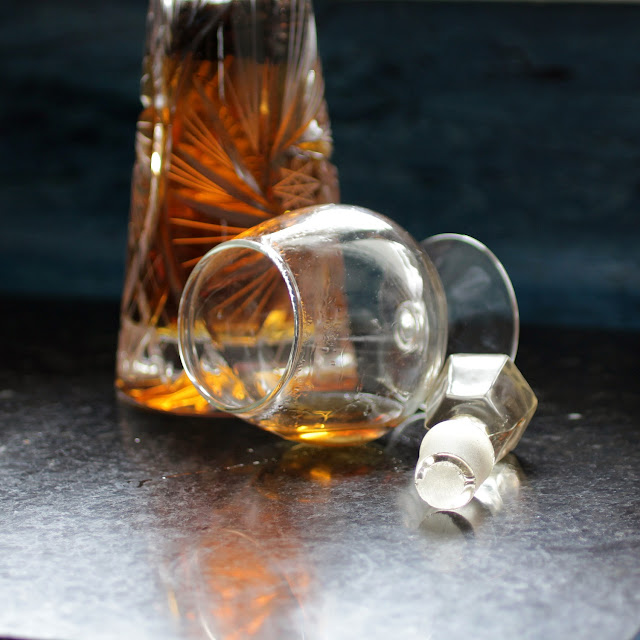 To infuse the rum I poured a handful of whole coffee beans (1/2 a cup?) into a mostly full bottle of Cruzan Aged Rum. I shook it up a few times and 24 hours later, viola! Rum with the heady aroma of my morning brew.

I have a froth attachment for my immersion blender. If I had an espresso machine with a steamer that would also work but I found I really liked the soft bubbles. 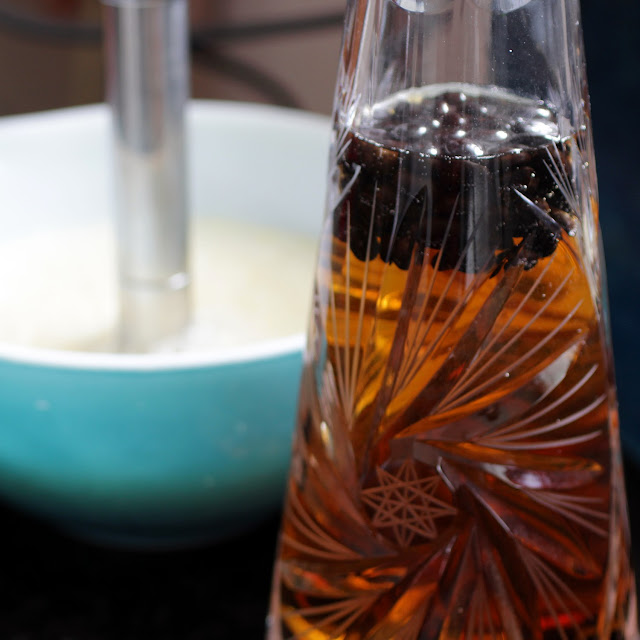 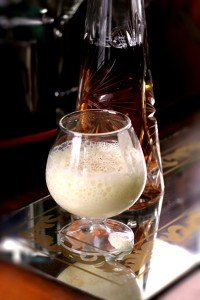 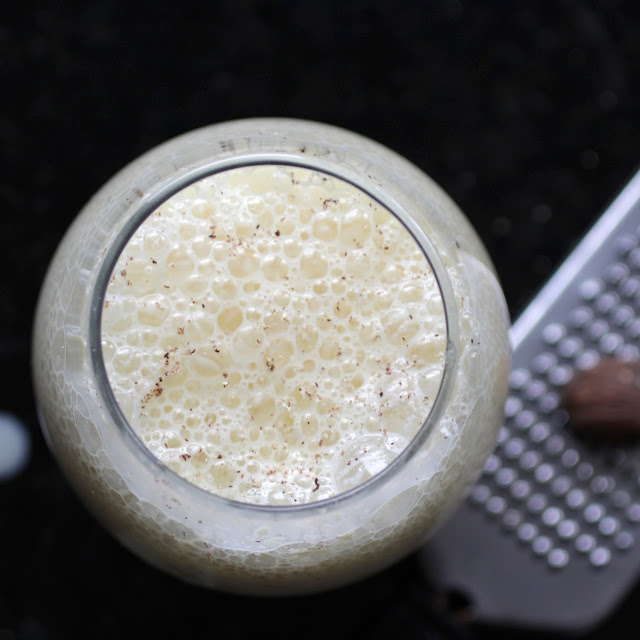