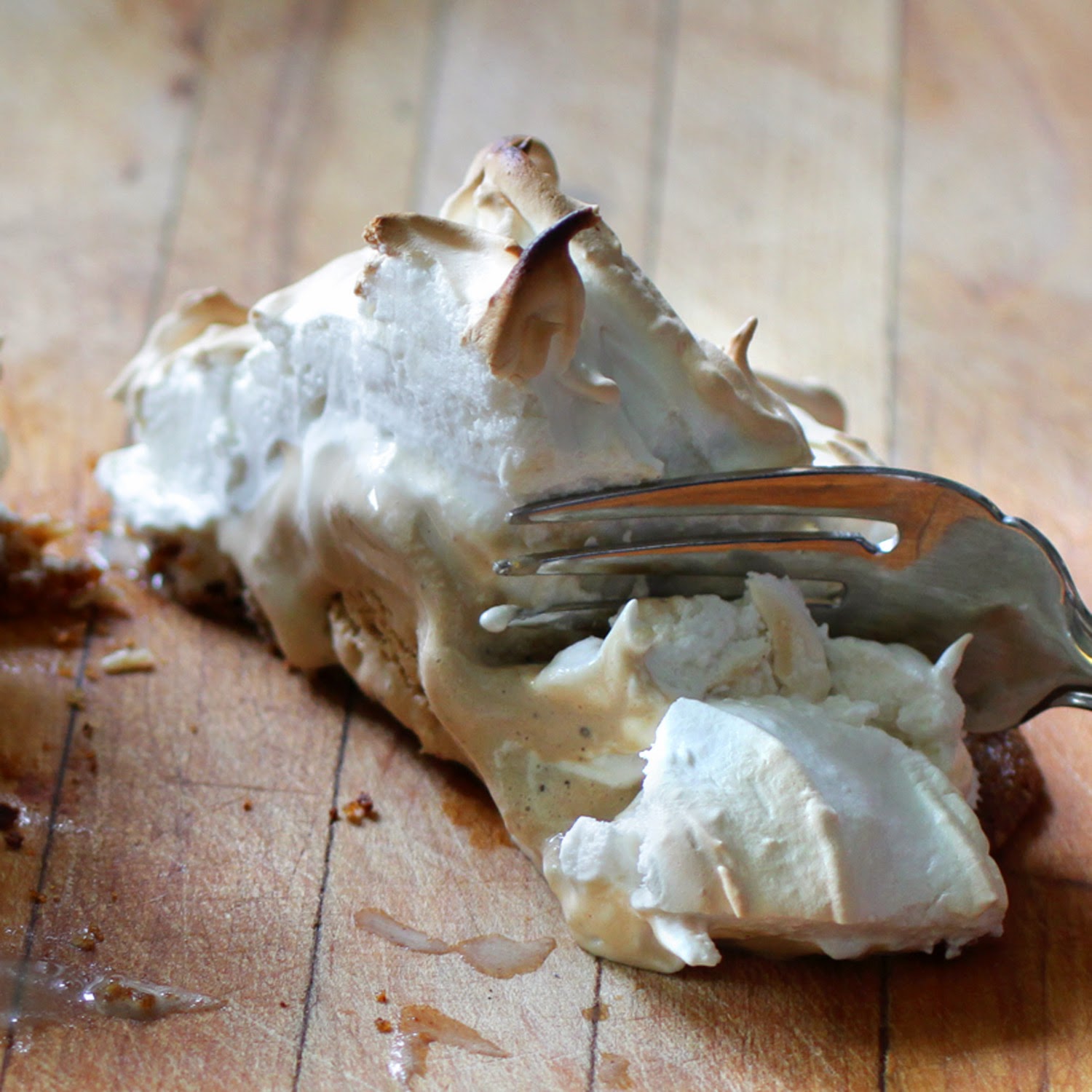 This is what happens when you name a recipe before you create it. Something delicious but out of character.
I grew up with the Rocky Mountains always in view. It’s almost impossible to imagine if you have never lived there but I have no sense of direction because in Boulder west was always obvious, west was always the flat irons, and you can see them from every part of town.
Baked Colorado with Thin and Crispy Spiced Butterscotch Chocolate Chip Cookies
Baked Alaska was created in 1867 to commemorate the purchase of Alaska by the United States, the Baked Colorado? It’s just a name I happened to come up with the first week of January 2014. Just a name for a sweet decadent dessert made with crispy thin chocolate chip cookies instead of cake. A sugar bomb that looks like it is a lot more work than it actually is.

You could really use any cookie flavor or ice cream. The nice thing about the cookie is it makes an easy individual serving. I rolled one cookie up and stuffed it with Cherry Garcia Ice Cream. I also made a version with a flat cookie and Mocha Chocolate Chip Ice Cream (which, as a reader suggested, should be called the Baked Washington). It was tempting to try some sort of caramel ice cream but at the end I was too high on sugar, and frustrated by trying to photograph something that just keeps on melting, to dare try one more. So if any of you have any suggestions feel free to chime in. 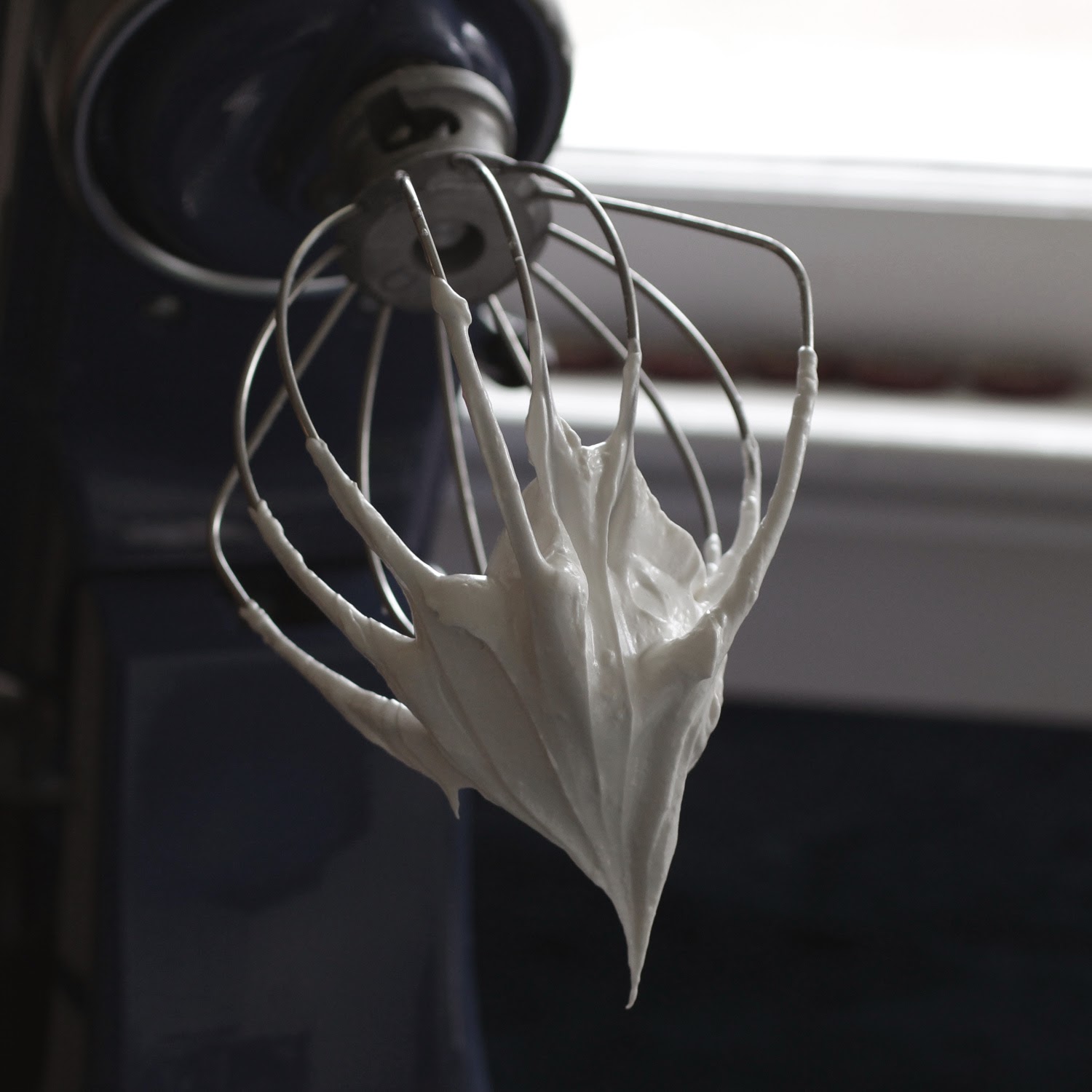 Recipe
makes four Baked Colorados with meringue to spare
Ingredients
4 Thin and Crispy Spiced Butterscotch Chocolate Chip Cookies – flat or shaped into tubes (your favorite chocolate chip cookie would also work, just keep in mind that the size of the cookie determines the size of the dessert)
About 1 cup ice cream ( again the flavor is up to you, the cherry ice cream offers some contrast, whereas the coffee ice cream, and I imagine the caramel, compliment the flavor of the cookies)
2 cups Meringue (I had left over egg whites in the freezer that I used for my Meringue, approximately 1/2 cup egg whites and 1/2 cup sugar, but this recipe and video from the Kitchn has everything you need to know, one egg white per cookie is about right) 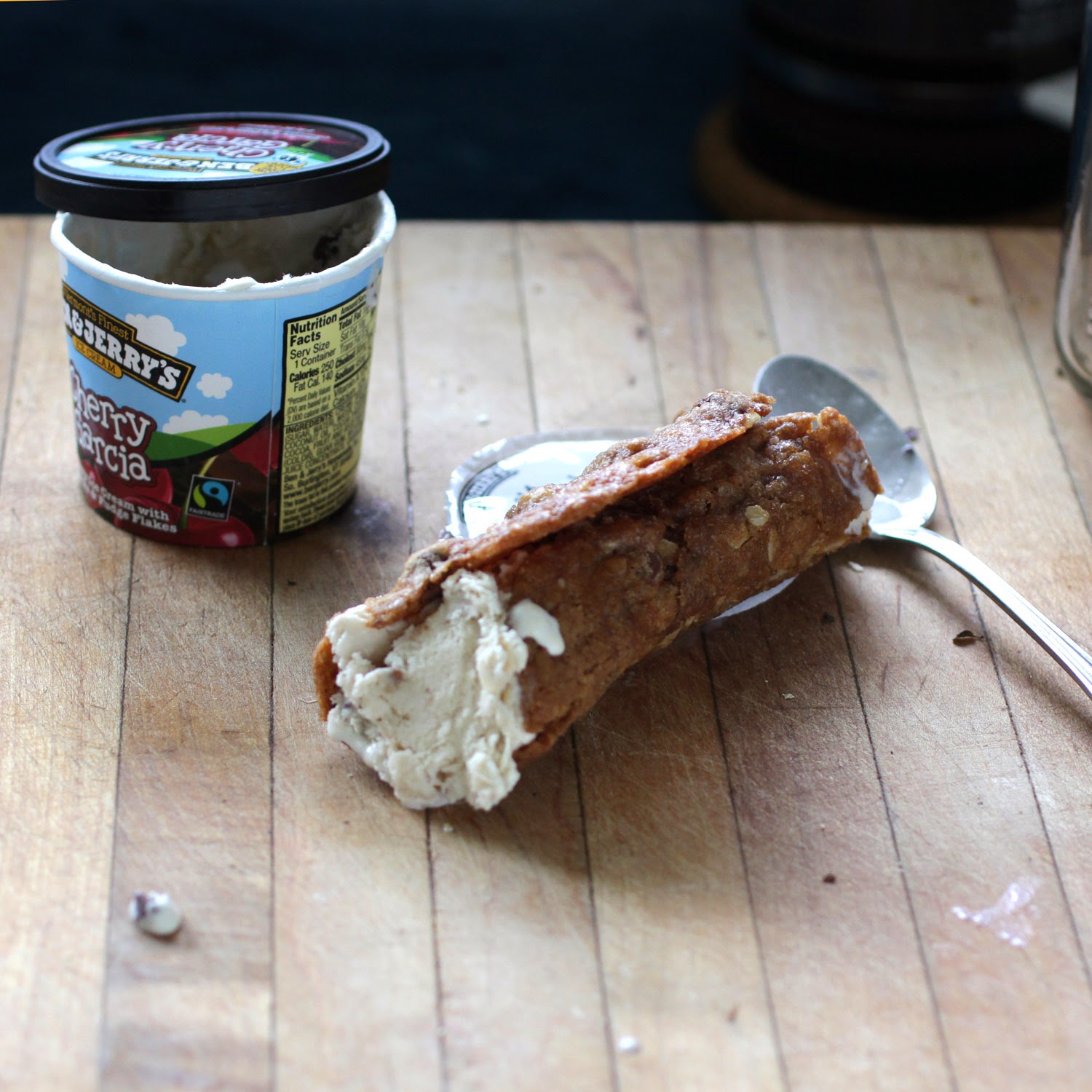 Instructions
Top or fill the cookies with 1/4 cup ice cream each. Return to freezer on a cookie sheet and allow to harden (at least thirty minutes, ideally an hour)
Whip meringue
Pre-heat oven on Broil with a rack placed in the top third of the oven.
Remove ice cream cookies from freezer and quickly ‘frost’ with meringue covering completely. You could use a pastry bag for this stage to pipe the meringue but I wanted a more rustic mountain look.
Broil until tops are just browned (about two minutes)
Serve immediately 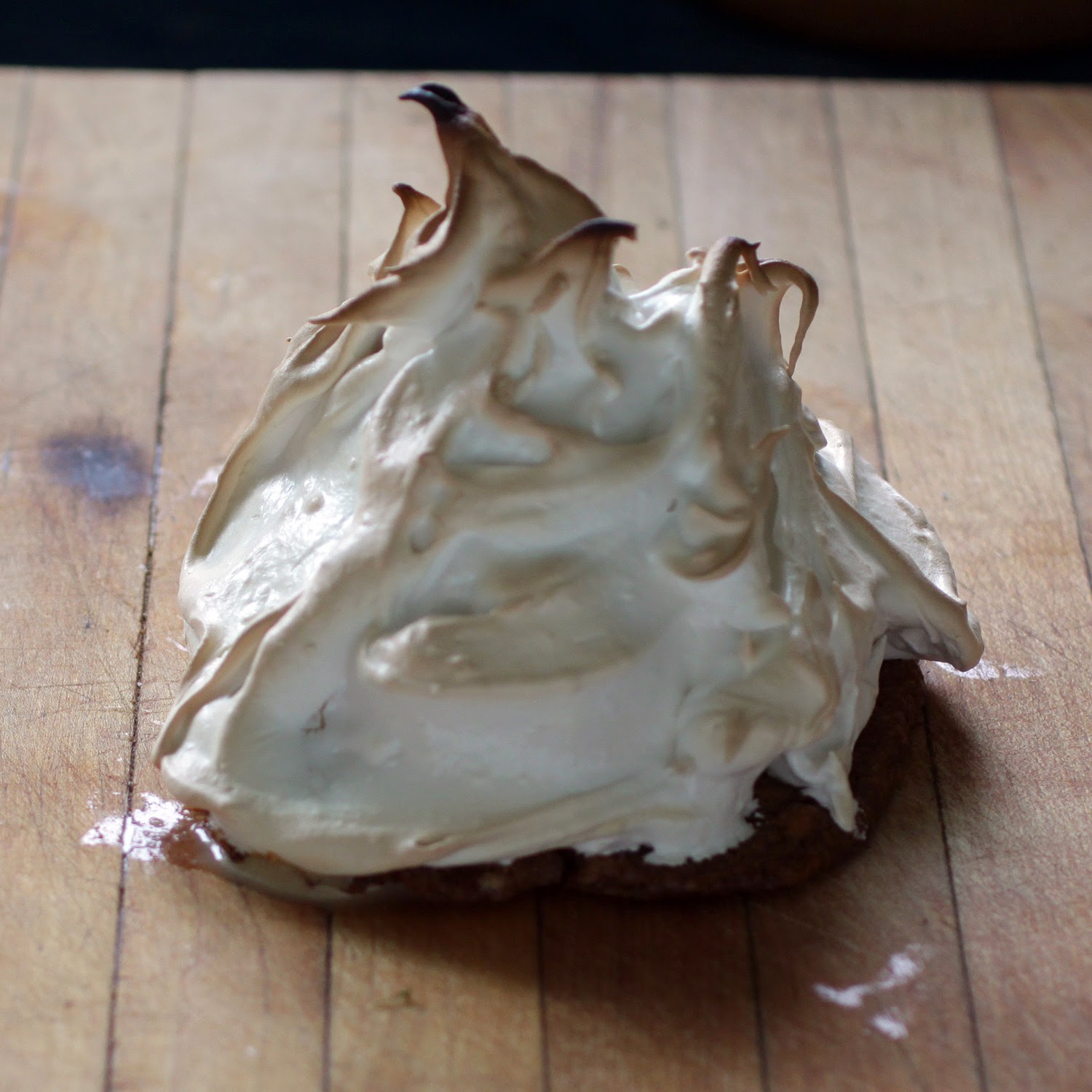