Add cheese in the second stage of cooking and transform these fresh homemade tortillas, made with 100% whole wheat pastry flour, into delicious yup you made that quesadillas.

Homemade tortillas are best made in winter when you have the ingredients in the pantry and the weather outside is just frightful enough that going to the store seems an awful chore. The pot of chili is already simmering away in the crock pot but you don’t feel like cornbread- or you’re out of corn meal and a trip to the store seems like an awful chore. So let the wind howl and the snow fall just hope the power stays on and you are safe and warm and eating a batch (and you will eat the whole batch) of homemade tortillas.

There is one horrible side effect. Once you make your first batch of homemade tortillas you will always feel a pang of guilt- almost unbearably large the first time but that grows smaller with each purchase- when you buy store-bought. I can make those, you’ll think, homemade is SOOO much better. And you can, and they are. But it doesn’t have to be every time. Really. It’s okay. Recipe adapted from Homesick Texan and Mark Bittman’s how to cook everything.

Yet another dough I now make in the food processor. 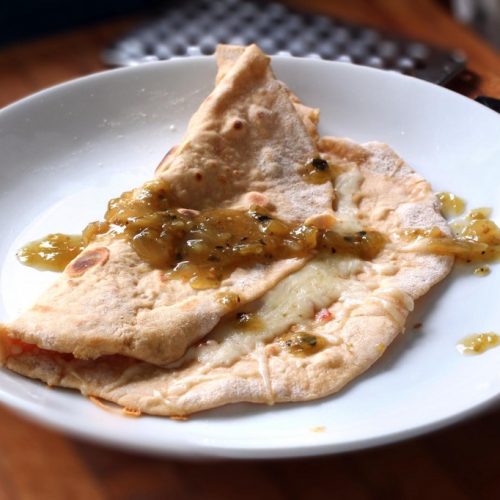