Crispy potato wedges breaded with a flavorful mixture of mushroom salt and garbanzo flour then baked to crispy goodness. These Jo-Jos are flavorful enough to eat on their own but oh so addictive when served with ranch dressing (I’ve included my favorite quick and easy off the cuff Ranch dip in the recipe below) 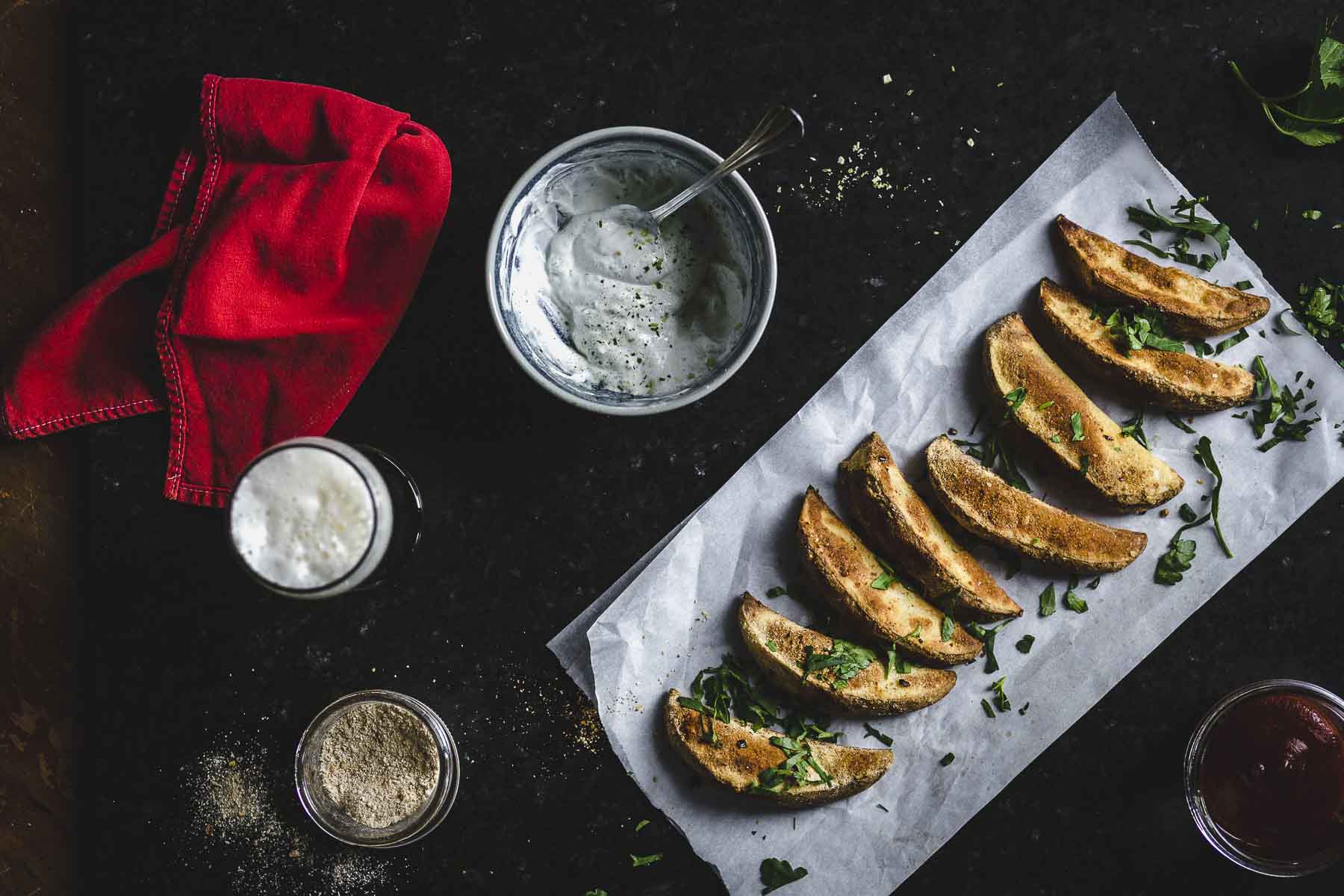 Part purist, part making it up as I go along I always struggle with what to call something based one something else. Basically, if there is a modifier it means something’s changed. There are martinis and then there are vodka martinis- where things get muddy is when chocolate or apple come into the mix. Once upon a time changing the garnish from an olive to an onion was enough to give the drink a whole new name (the Gibson) but swap everything but the glass and that’s a martini?!  And don’t even get me started about chicken fajitas or grilled tandoori. But I’m going to call these JoJos because potato wedge just won’t do. 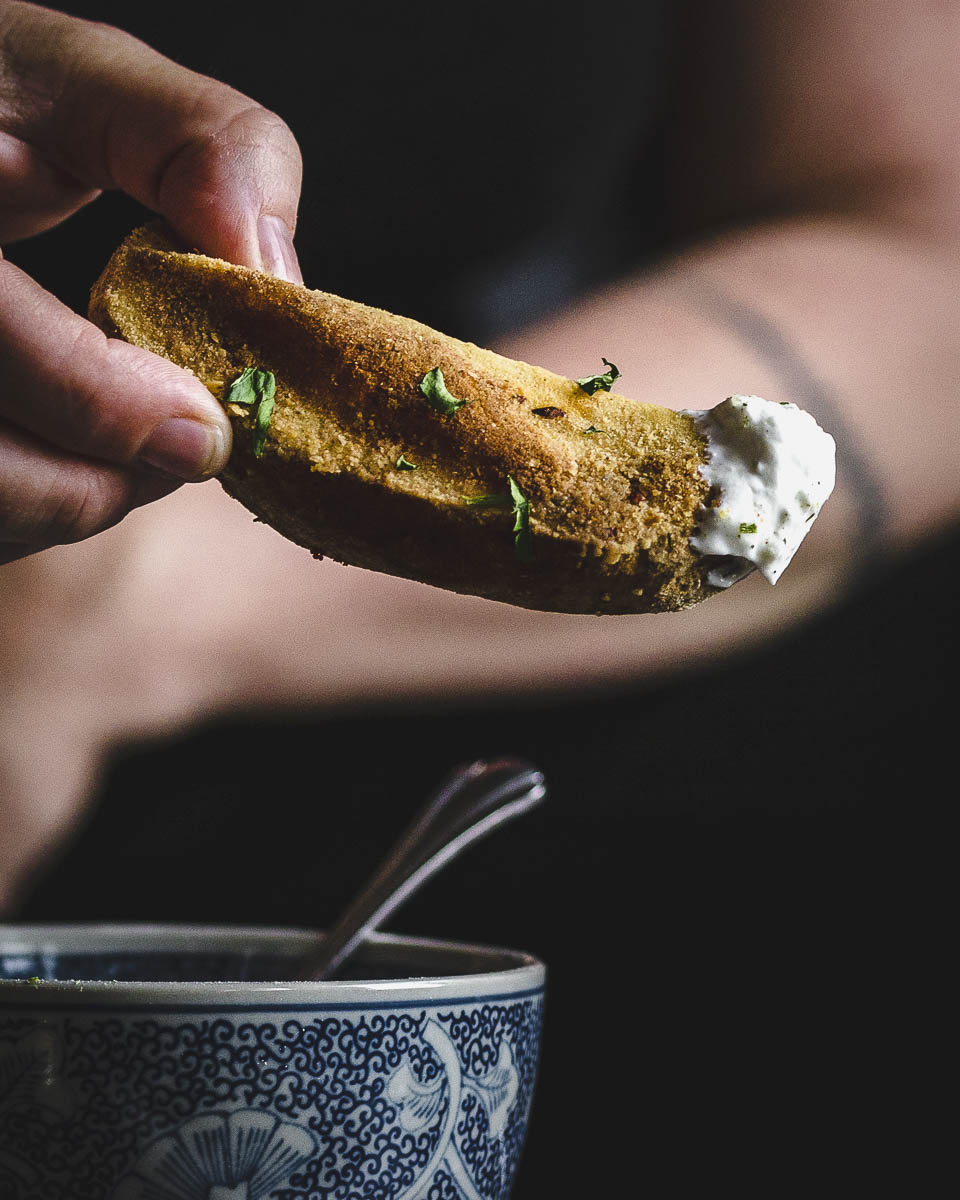 some links of interest

a brief history and why these aren’t jo-jos

on the origin of the name jo-jos

here is the link to the mushroom salt 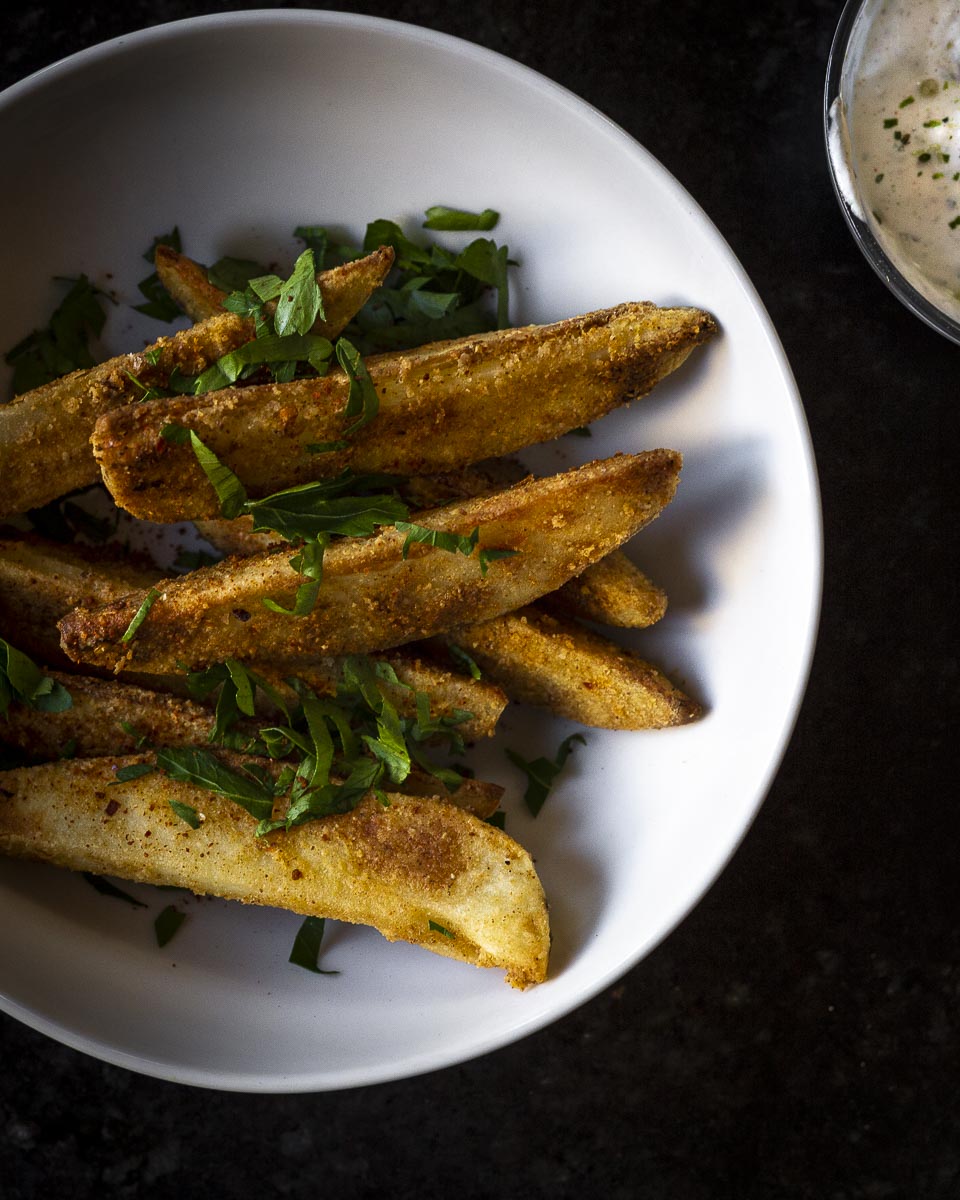 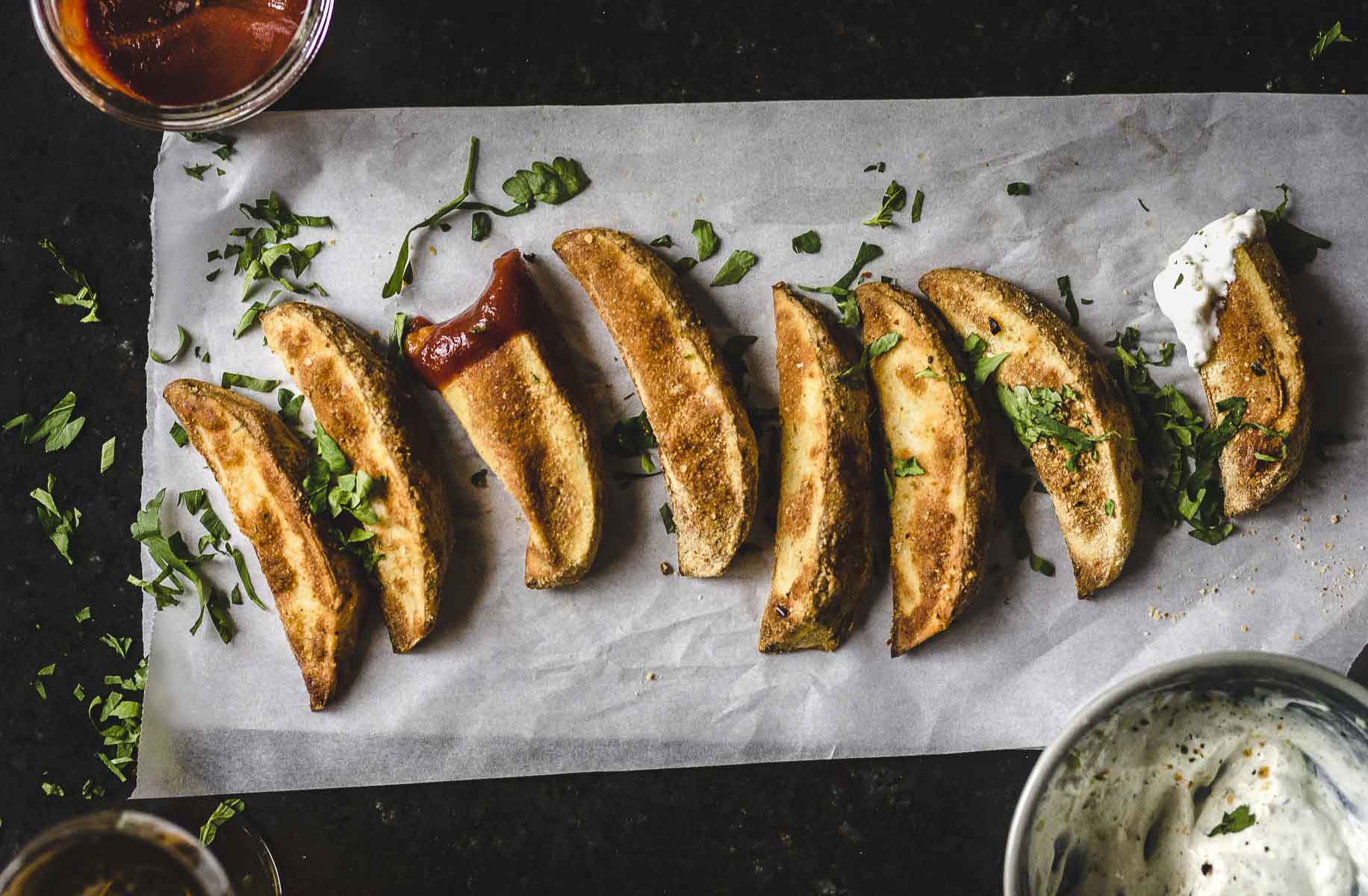